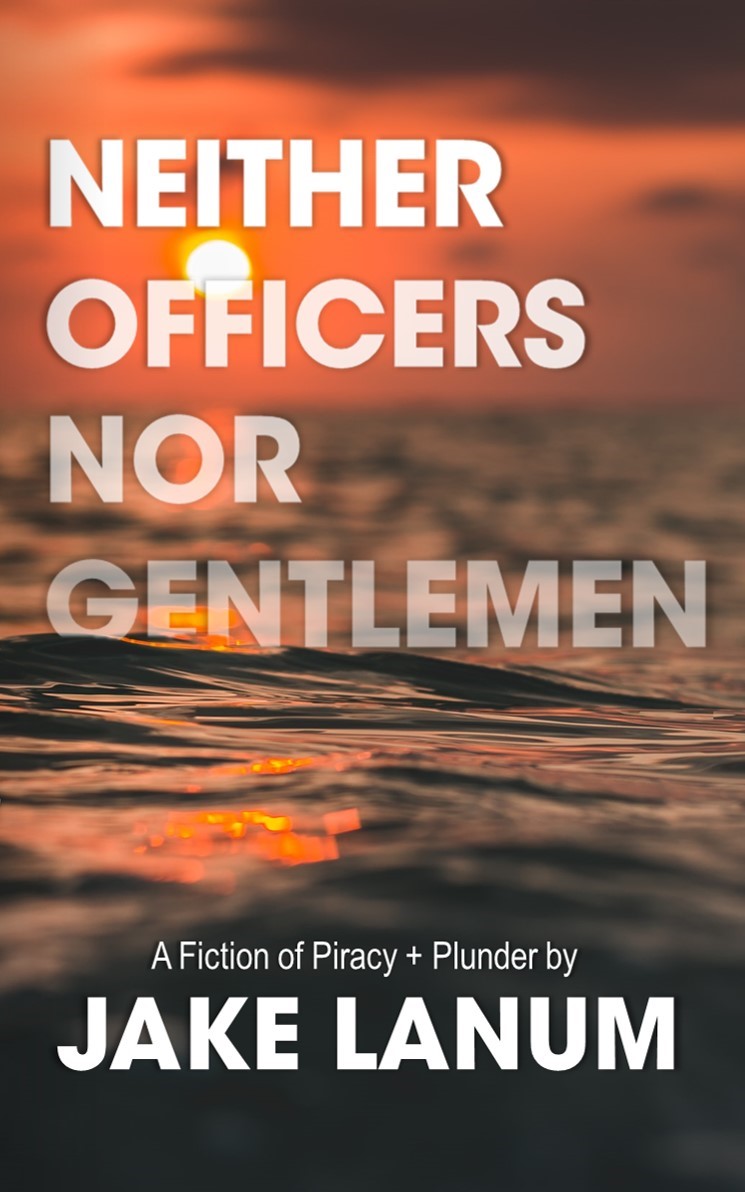 I’ve never liked the protagonists in stories. Too often, they are just too gosh-darn graceful in adversity, as if they’re in the eye of a hurricane. People tend to reserve their love for “the proverbial Tyrion Lannister(s) and Aragorn(s) rather than the rounded (sometimes ugly) Hound(s)” and Boromir(s) of the world. From where I sit, the measure of a man is not in effortless perfection, but his struggle against adversity. Flaws and tribulation, internal and external, is what makes characters human, fallible, and worth rooting for. My quiet love affair with supporting characters drove the development of my own debut novel, Neither Officers Nor Gentlemen, in a few key ways.

The main character in Neither Officers Nor Gentlemen is a young man named Wilhelm Geier. Readers spend quite a bit of time in Will’s head, and they’ll quickly learn that he, unlike most protagonists, is terrible. This is not an iteration of revisionist Disney origin stories which cast villains as misunderstood (see: Maleficent). He is a spoiled, drunken, man-child by design. Geier has few redeeming qualities, and is patently unworthy of any love of he receives from other characters (furthermore, unworthy of reader’s admiration). I made a deliberate choice to steer readers affections away from the main character and, based on the feedback I have received so far, it has worked.

Professional editors and reviewers who have read the book have all favored another character, called Roo. If not in reality, she is Will’s perceived antagonist. Roo is a Cimaroon, an escaped slave-turned-insurgent, in the Spanish Main. She is Will’s opposite. He was born into privilege, coddled, and externally motivated. In contrast, her traumatic past is an unexplored certainty. In the face of slavery and living for subsistence, she proves capable and cunning. She is internally motivated, but not at the expense of generosity or warmth.

Personally, I like Roo as well, but you’re supposed to. At the risk of being labelled a hipster, I think that superlative adoration for Roo is almost as cliché as fandom for Katniss or Harry Potter himself. So, I wanted to take a moment to share why my prospective readers should give “Ugly,” and “Drunk Johnny,” a fair shake.

“Ugly,” was a green sailor, much like Will, who might’ve been called Jim before life at sea.  Ugly had been a promising farrier’s apprentice at age ten, and had an unimpeachable work ethic, but had gotten kicked in the face by a mule. He was left disfigured, and developed a crippling fear of all large animals. His apprehension thrust him towards privateering, where he hoped the only horses he’d encounter would be seahorses. The former-farrier never fails to stand his post or deliver on his assigned shipboard duties, but landfall eventually brings him face-to-face with his greatest fears. In his moment of weakness, will he continue to deliver, or will he falter?

“Drunk Johnny” was an apt description for the seasoned drunk and veteran seaman who sailed with Will and Ugly. He lived in an impressively uninterrupted state of inebriation. He managed to wake and stand post as scheduled, but his aptitude for such was dubious. When we meet Johnny, he escapes punishment for his shoddy work by bribing his ranking officer, a glutton, with salted pork. He was a slightly built man with gaunt features, and a ghastly dental malady that ensured that every time he spat it came out a shade of brown or red, depending on the amount of blood in it. Despite his shortcomings, both in sobriety and virtue, Drunk Johnny is the most capable and functional alcoholic you will ever hear of. On multiple occasions in the book, Johnny proves himself to be a resourceful combatant, and an astounding marksman – redeeming qualities for a privateer. Unfortunately for Johnny, privateers are subject to high rates of attrition. There is no guarantee that the next Quartermaster will be swayed with extra rations of pork – there is no promise that his failings will continue to be overlooked.

I have always had a thing for supporting characters in books and movies. As the writer of Neither Officers Nor Gentlemen, I fell in love with Ugly and Drunk Johnny, and I hope that you will too. These are not vacuous placeholders, but they have backstories that leave a bit to the imagination. The balance of detail and omission in these characters, to me, makes them both complex and mysterious. At the same time, I invite you to read the book, and to disagree. 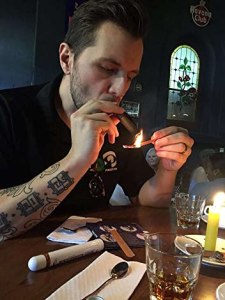 Jake Lanum has worked in corporate security, investigations, and intelligence since 2011. In this capacity he was interviewed by the Wall Street Journal, and eventually published an academic study in the American Psychological Association’s Journal of Threat Assessment and Management. At 30, Jake endeavored to undertake law school, and to write his first book, “Neither Officers Nor Gentlemen.” While Jake remains in steadfast pursuit of his Juris Doctor, the latter made its debut in Fall of 2020.

After the Spanish discovered the Americas, world powers endeavored to project naval power and occupy the promise-filled void. This gave rise to the golden age of privateering and piracy.

Neither Officers Nor Gentlemen is a fast-burning tale of maritime adventure. A cobbler’s son, Wilhelm “Will” Geier, joins an English privateer, Captain Drake, on a journey at the ends of the earth. In search of gold and glory, Will learns the trade. He hunts for subsistence in wildlands, finds allies in far-flung insurgencies, and struggles against the perils and threats looming in every navigable stream.

Neither Officers Nor Gentlemen by Jake Lanum is a tale of old. A young man who feels as if everything should be given to him. It’s the year 1572, and Wilhelm Gaier is that seventeen-year-old young man. Will dreams of a lavish lifestyle and therefore purposely ruins every apprenticeship his father sets up for him. Will’s father is a cobbler, and he does work for the right Socialites to get him on a ship as a privateer.

Will struggles to grow up and mature, even with his new life. While raiding a village one night, they come into the company of Cimaroons. This is where we meet “Roo”. She is fluent in her native tongue but knows little English. She is very cunning, and Will admires her prowess skills. They became thick as thieves, inseparable as they steal from the Spaniards. Will devises a plan to help Roo.

My favorite character is Roo. She is different, in every way possible, but that does not stop her. She is herself and everyone loves her. In a world where women did not navigate the seas, let alone do anything other than be a Debutante, she gains the respect of all the men. They listen to her. She fights alongside them. She is not a sex object to them. She is one of them.

I am awarding this book 5 stars. It is well-written and well-edited. It does contain minor profanity, violence, and some nudity. The year in which our story takes place is 1572, so there are subjects like slavery and how people of color were treated, which could make this book inappropriate for young or immature readers. Being a sailor myself, I enjoyed this book and recommend it to mature readers who love a historical piracy novel. Who doesn’t like pirates?

Nikki Libby at Discovery Reedsy
.
I would very much like to thank Jake for taking the time to share his story and his insights with BnV.  Its always a delight to meet new authors and share their books!
.
~Morgan~