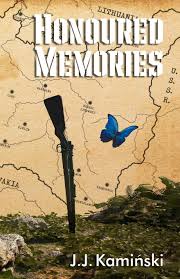 It was sudden and it was explosive. Captain Marcus Kazanowski was abruptly awoken from a much-needed sleep in the early hours of September 1st, 1939, and without warning, thrown into a desperate defence against the murderous invasion by a hostile nation. Isolated at his border post and unable to connect with his Command Centre, he undertakes a daring plan. Together with his 2IC, Lieutenant Piotr Bułkowski, his trusted Sergeant, Berek Saks, and the other members of his command, he is determined to hold the enemy, even if only for a short while. Vowing never to surrender, Markus is then thrown into an odyssey of conflict, comradeship, tragedy, love and compassion in his resolve to continue the fight, in the vain hope of liberation. …I was breathing heavily, my heart pounding. The acrid smell of gun-smoke hung in the still night air. I surveyed the dark-grey lumps lying on the sides and across the railway track. The absence of colour in the darkness of the night gave the scene an eerie strangeness. Other shadowy shapes were struggling to retreat and stumbled over dead comrades in their eagerness to escape the same fate. Cries for help went unheeded. I loosened my grip on the stock and let my arm drop to my side. The weapon felt lighter – its heat warming my thigh… A compelling and gritty story that will enthral the reader.

So many tales of sacrifice, courage and truly heroic actions have been swallowed up by instant-gratification apps, brazen mélanges of exorbitant action scenes that are 95% CGI, and the consequences of the passing of time.  The bold intrepidity of the men and women who fought and/or served during the years of WWII are largely forgotten, or, worse yet, being erased by those who claim those horrific events are nothing more than propaganda.  (I won’t go there!)
Kaminski’s Honoured Memories reignites the flame of history through a collection of memoirs that are woven into a convincing and poignant tale about Captain Marcus Kazanowski, who is, in fact, the author’s father.  Written as a fictional war-time tale, the story follows the true experiences of Marcus’ life, encompassing such harrowing events as his rescue from the beaches of Dunkirk and his relocation to England, where he served with the Polish Armored Brigade in Scotland and met the woman he later married.
The story is rich in history and culture.  It provides well-researched and accurately documented insights into the life-altering circumstances that forced so many to abandon not only their homelands, but their families as well.  It reminds us how so many fled, not to seek wealth or power in a new land, but simply to remain alive.  In this current age of privilege and entitlement, books like Kaminski’s remind us how great the sacrifices were that shaped our current state of affairs.  The loss, heartache and honest fear, as well as the hope and anticipation that fills Marcus’ tale, as it filled so many tales from those diabolical years, reminded me how fortunate we are today.
Compelling, Adventurous and Heart-warming, this is one of those stories that should be required reading.
. 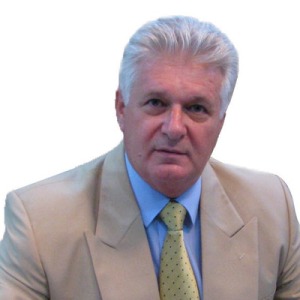 .
Discover more about Author Jan Kaminski on his website
.
A PREFACE TO HONOURED MEMORIES- Written by J. Kaminski
Like most sons, I looked up to my father as a hero figure. Little did I realise, as I was growing up, how real my regard for him was. My intrigue into my father’s past was aroused during my spell in the British Army and grew more over the ensuing years. Before I reveal the impulse in writing the story, I have taken the liberty of providing a little background.
In brief, my father was born in 1908 in a part of Prussia which, following the Versailles treaty in 1918, was reinstated as Polish territory. Until the end of World War 1, the country had been partitioned since 1795 between the Kingdom of Prussia, the Russian Empire and the Habsburg Monarchy. He enjoyed a privileged upbringing and grew up speaking three languages, fluent in both Polish and German and with passable French. After completing two years as a navy conscript, he enrolled in the Police Officer’s Academy.
Following a period of duty in uniform, he was transferred to the Second Department of Polish General Staff responsible for military intelligence, counterintelligence and cryptography – colloquially known as Dwójka (Two). On September 1st, 1939 – the day that marked the beginning of the Second World War – my father was in command of a border crossing in the south-west of Poland. For him, the war started in the early hours of that infamous day and was, as for so many, to change his life forever.
I have deliberately excluded mention of the series or sequence of events in his ensuing chronicle so as not to pre-empt the reader’s enjoyment of the story and so moved this account to the day he left mainland Europe. My father was among the last few to be evacuated from the Dunkirk beaches on June 4th, 1940. Once in England, he joined the Polish Armoured Brigade based in Scotland. His entry in the Brigade’s records refer to him as, ‘the noble Przemysław Kamiński’.
Like all of his freedom-loving, Polish compatriots, he held an unwavering belief that he would one day return to his beloved country once it had been liberated. His hopes, however, were crushed with the annexation after the war by the Soviet Union. Fearing imprisonment or worse, if he were to return to Poland – due to his pre-war profession as a Police Officer and role in Polish intelligence – he settled in England with his new bride. For his contributions he was awarded a total of eight medals, although he placed little importance on them, believing that others who had lost their lives deserved them more than him.
He met and married my mother during the Allied Forces’ occupation of Germany. She had been taken out of Poland during the early years of the war at the tender age of thirteen – one of the many thousands of forced-labourers. An unbelievable number of some eleven-million foreigners, categorised as Displaced Persons were liberated in 1945. He was eventually reunited with his brother and sisters in the mid-1960s after he became a naturalised British citizen. His parents had died during the war years.
Sadly, my father passed away shortly before he could witness the return of the crown to the Eagle in the Polish coat of arms (removed during the communist era) and the re-emergence of the Third Republic in 1989, following the fall of the Soviet Union.
As an aside, I was surprised to learn through my research that the current graphic form of the crowned eagle was designed in 1927 by a family namesake, a professor Zygmunt Kamiński. Like most men who had lived through the tragedy of the war, my father was reluctant to talk about his experiences, however, through my constant bullying he eventually started to open up and relate the odd event and exploit. Over the years I was able to glean a great deal about his life from before and after the outbreak of the war. The more he revealed, the more insight I gained, and the more I realised how much he had endured, and how much he had lost.
Regretfully his deeds and sacrifices, like so many others – unless made known – would have vapourised into oblivion, never to be told or heard. I continually tried to coerce him into writing his memoirs but to no avail. Unfortunately, I do not possess sufficient detail and documentation to have compiled a worthy biography, and so, with the encouragement of my family, I set out instead to create a work of fiction. The tale has been inspired by a number of his accounts, expanded and hyperbolised as must be the prerogative of a story teller. I unashamedly admit that in moments of a child’s invention, I imagined my father as the main character, Markus. I have dedicated this story not only to him, but also to the countless men and women who risked, and in many cases gave their lives, in defence of their homeland and their freedom during this diabolical chapter in our history.
Finally, it was not my intention to overwhelm¸ or bore the reader. However, I have included snippets of historical facts (bold italics) where I deemed it of particular interest and relevance and also to provide a background to the story and a greater sense of context.
For an abridged, cleverly-compiled, animated history of Poland, presented by the Polish Agency of Enterprise Development and Ministry of Economy,  visit: https://www.youtube.com/watch?v=7SpddNW7a3k.
.
~Morgan~

2 thoughts on “Honoured Memories #BookReview- A Compelling, Adventurous and Heart-warming Tale that should be Required Reading.”