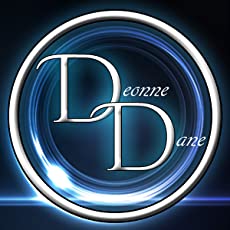 Born in New Zealand, Deonne grew up on a diet of genie’s and witches and space adventure. Not vampires, they were too scary. Back in that day they didn’t sparkle. She scribbled her version of fanfic in exercise books, on lined refill and coloured notepaper. And then she discovered epic fantasy; Eddings, Kerr, Donaldson & Brooks and felt she had come home. Later, as happens with most people, she let herself be diverted by the mundanity of adulthood; marriage, widowhood, remarriage, children, separation and even lived through the Christchurch earthquakes, until she remembered the thing she was missing. Thus began her journey into the world of Locurnia. With family in the queer community and her developing passion for all things MM she decided to marry these two loves together.
Hello Deonne!  Thank you so much for joining us today to chat about your books.  Lets dive right in, shall we?

What do you love most about Writing? That it is an outlet for the ideas that clog up my brain; except of course, plots grow like weeds.

What Inspired you to write your book? The realisation that what comes down to us through history is often not the real story.

Do you have a preferred POV that you write from and why? Yes, third person past-tense. It’s what I grew up on and is Fantasy-centric, although I guess this could be changing.

Do your characters dictate what or how you write in any way? Definitely, they decide quite often who is important and who is not. They protest loudly when I try to demand they conform to my storyline and I have to be creative in coercing them to my way of thinking (or not).

Are you a painstaking plotter or are you a discovery writer? I would consider that I’m a bit of both. I try to outline and plot but in the writing process things change a lot!

Although it’s often hard to select just one, do you have a favourite or least favourite character? No, but I guess it could happen, Presently I like all my characters, both loveable and despicable. After all, no matter what they do, they belong to me.

If you could live in a book, which one would it be- why? When I was younger, I wanted to live in the world of the Belgariad, but only if I was super magical and no one could kill me. Books are a super dangerous place. Nowadays I prefer the safety of my couch and just immersing myself in them emotionally.

Is there any conflict between what you want to write and what you think your readers will like? Yes, to me love is more than just forever happiness. I want to explore every avenue of the human condition.

How do you deal with bad reviews? I don’t mind critical reviews because they can be helpful, but derogatory or nasty reviews are nothing but soul-destroying and who needs that, so those I try to avoid reading.

Can you sum up your life story in ten words or less? Ups and downs happen; striving to be content.

Let’s talk about your books…Tell us about  Moon Rite: Book One Legend of the Ancients: –

The son of a Voce healer and a Dracan warrior, Falric Mislan has always questioned where he belongs.

While obligation, the easy companionship of his peers and the unswerving loyalty of his best friend has kept him grounded in his father’s culture, the alluring magic of his mother’s people inexorably calls to him.

Two rites stand between Falric and his fate. One, a simple, but unfamiliar ceremony that will awaken his Voce powers. The other, the Moon of Solitude.

But when Falric uncovers a dangerous object, death and vengeance threaten his place and his future. Secrets abound and more than loyalties will be tested.

Book one left the Dracan’s scroll-master reeling from the dreamland’s catastrophic revelation. A young Voce with hair of silver, but who is this man of Maki Dira’s vision? 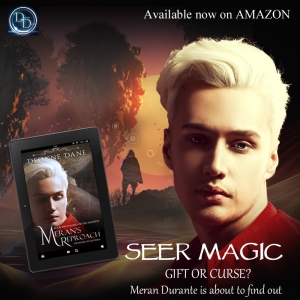 Meran knows those subjected to the magic of the dreamlands have often been driven into madness. And when the frequency of his vision escalates exponentially, he finds himself teetering on the edge of despair.

But when a close friend shows him a way to defy the dreamland’s call, will Meran take the path of willful dissolution, or will he face his ultimate fear and wrest control of his magic before it is too late?

They both sound fantastic.  Where can people find them?