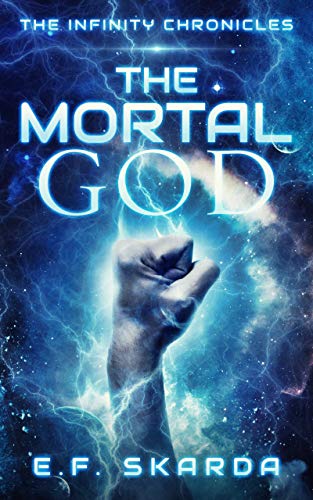 These were the words that Commander Kyle Griffin lived by.  For 25 years, he played the part.  He was a good soldier.  He was the ultimate soldier.  A mutant, born of royal blood, gifted with the cosmic power of the Celestial Spark, he was everything the Dominion Army had hoped for.  He brought them countless victories, leading legions of their ferocious army against the meager rebellion known as the Splinter.

He and his team of elite Infinity Force operatives had the war all but won.  Until he finally met an adversary that he couldn’t defeat: the truth.

Stripped of his rank and title and cast out of the only life he’s ever known, he’ll travel across the galaxy to find new allies to support his obsession with winning the war…and provide him with a singular opportunity for the revenge that his rage demands.

Will he be strong enough to win the fight of his life?  He’ll soon find out.

Imagine reading the book The Wizard of Oz and having it end just before the Wicked Witch gets melted…..

The Mortal God has a promising premise.  A so-called mutant who has some intriguing abilities…like not needing to breathe… leads an elite group of operatives as a superior soldier. He’s successful on many levels and with many campaigns….until he learns ‘the truth’.  No spoilers here, mind you, but of course, this truth changes everything.

Stripped of his rank and ostracized, he travels across the galaxy searching for new allies.  He’s angry; he wants revenge, and his life depends on his success. With 24 chapters, author E.F. Skarda has plenty of time to flesh out the characters he meets, draw compelling settings and landscapes, and work some fresh twists into a slightly familiar plot line.  There’s love and loss, loyalty and betrayal, mystery and action, everything a Space Opera ought to have.

Now, remember, it’s book ONE, so you do end up with more than a few questions spiraling in your head; questions I’ll not ask and, by doing so, drop a ton of spoilers on you.  I’m hoping these open-ends in the plot will be neatly tied up in book Two and not left dangling…although, sometimes that’s just the way life is, right?  Sometimes things happen and we’re left wondering.  It may be too early to say with this one.

MC Commander Kyle  Griffin has everything you want in a protagonist: he’s interesting, flawed, determined, and even vulnerable. I felt like much of this book was expository, in that, many of the things that happened were setting up future events.  So, although engaging, the story also left me feeling a bit….just a bit…. disappointed. Not because it wasn’t an entertaining read, but because I was left with so many unanswered questions.  Some might say that’s a great cliffhanger and an assurance readers will dive into book two.  I hope, because there’s a lot of promise yet to be fulfilled with the story. 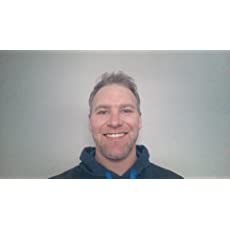 Welcome to my author page! Never thought I’d be writing those words, to be honest. You see, I’m not really a writer. Not by trade, anyway. I’m a physical therapist by day and a creative in my spare time, which, as you can imagine, isn’t always plentiful. This makes me all the more proud to be able to present some of my work because it really was something that I loved doing.

My name is Eric Skarda. I’m a closet nerd hiding inside an old athlete’s body. I grew up enjoying He-Man and Star Wars and Superman comics, all while hiding behind my public persona of a high-end sports nut. If that makes me a walking oxymoron, that’s okay with me. And it should be with you too. It doesn’t make my writing any less impactful.

My creative pride and joy (and currently only published work) is The Infinity Chronicles saga, the story of an interstellar super soldier that suddenly finds himself on the wrong side of a cosmic war between the established monarchy known as the Dominion, and the underground rebellion appropriately dubbed the Splinter. My debut novel, The Mortal God, which opens the epic tale on May 1, 2020, is the first book in the series that currently spans four volumes. The second installment, The Splinter’s Seige, is in its final stages of development and due out in August 2020.

This is a story that is 25 years in the making (literally). It follows our characters through love and loss, loyalty and betrayal, revenge and absolution…all set against the backdrop of a centuries-long conflict that has shaped the future of the known galaxy. You can find more about myself and my creative process, as well as some (eventual) very cool freebies at efskarda.com and on facebook under “The Infinity Chronicles.”