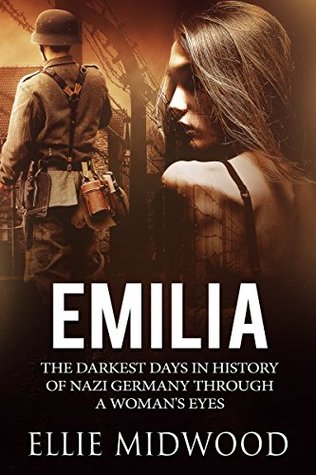 Emilia: The darkest days in history of Nazi Germany through a woman’s eyes

This story is dedicated to all the victims of sexual slavery in German concentration camps, who had to endure inhumane suffering under the Nazi regime.

For many years after the atrocities had been committed, both sides – the abusers and the abused – still vehemently denied certain aspects of the Holocaust, and even the victims refused to admit the ugly truth about their incarceration, some out of fear, some out of shame, until several women decided to break an unofficial oath of silence, and brought their stories to life. This book is based on one of those stories.

Emilia is a young Jewish woman, whose life slowly turns into a nightmare as she finds herself facing a dreadful choice: to secure her family’s very existence by offering herself to one of the men who had put her behind the walls with barbed wire, or perish together with the least fortunate ones. Only, the Krakow ghetto and her very first abuser pale in comparison to what is yet to come, as she’s being sent to a place that soon will turn into her own personal hell and that will scar her for life…

‘Emilia’ tells the darkest tale honestly, drawing the reader into this fictional young woman’s harrowing life as subtly and surprisingly as Emilia herself was drawn, yet it shows so accurately what happened to countless victims.  You cannot help connecting with Emilia as you turn page after page, reliving her nightmare told with startling candor.

This is an inspiring tale of courage, yet the horrors of war fill every page.  Ellie Midwood successfully conveys this young woman’s tale of rape and abuse through poignantly compelling, as well as frighteningly sadistic, characters; transporting the reader into the heart of a young woman desperately trying to survive.

Not for the faint of heart, Emilia’s story shares more than just the dreadfulness of her darkest days; it goes beyond them into her determination to recover and find renewal, emphasizing the strength of Positive Resolve and Power of Hope that all survivors understand.

5 Stars Without a Doubt!

Join 13,983 other followers
Follow Word Mongery and Musings on WordPress.com