“So this is what Eternity looks like.”  I felt the jaded disappointment in those words.  I understood the sensation of wonder and the longing that could never be fulfilled.  Although these words are spoken by a supporting character that only comes into the story in the second book of the series, they carry the sentiment of the entire trilogy.

Into Eternity took me on the final leg of a journey I never expected and could not have anticipated.  It swept me off into lands unknown that were hauntingly familiar. As the dystopian landscape unfolded before me with horrifying clarity, the poignancy of this Vampire-Introspective-SciFi-Mindbender became all too clear and, like the masterfully developed characters that drew me into their tale, I experienced their terror, bitterness, and skeptical hope right along with them through page after page of plot twists that kept me guessing, literally, right up to the closing chapter.

Richard M. Ankers has woven a unique and unforgettable saga through the voices and lives of those we typically fear or despise; altering our own perceptions right along with the characters of this brilliantly penned epic. 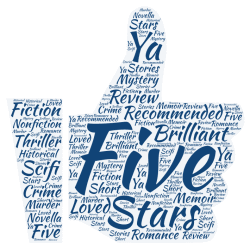 Queen Serena and her allies have fled the Nordic massacre, taking Princess Linka with them. For Jean, it’s heartbreak; for Merryweather and the abandoned Aurora, far worse. Not even the return of a broken Prince Grella and a dramatic escape from an obliterated Hvit softens the blow of their loss. Tempers flare and the pursuit resumes.

Leaving the Arctic ice behind, Jean and the others must reconcile with both current and past deaths, as they close in on the Baltic home of the hated Duke Gorgon. Here, their enemies gather and confrontation is inevitable.

Under Merryweather’s frustrating tutelage, Jean marches from one infuriating revelation to another, but as the lies unravel and the truth unfurls, he discovers the Britannian is not the fool he’s taken him for. The enigmatic Merryweather appears the key to the greatest mystery of all. But will he ever show his true colors?

In the stunning climax to The Eternals Series, a brooding Jean must do what he’s never done before: place his trust in others. For only at the end of all things, as the sun dies and Shangri-La falls, will Jean know what it means to step Into Eternity.