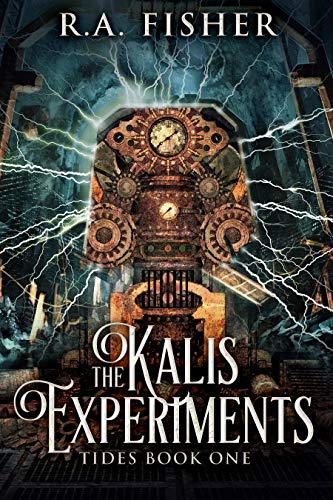 Syrina is a Kalis: a master of disguise, assassin, and spy. Her kind has served the High Merchants’ Syndicate for a thousand generations.

She receives a surprising gift from her master, and she realizes something isn’t right. The High Merchants don’t do anything without a reason.

When things don’t add up in an otherwise normal investigation, she follows the trail to the steam-powered city of Fom. There, she learns of a machine that could end civilization a second time.

Will Syrina stave off disaster, or seek revenge?

An absorbing Sci-Fi/Fantasy/Steampunk/ mystery saga that makes me wish for a T.V. Series!

The Kalis Experiments, Book One Tides, has opened a brand-new world of Sci-Fi adventure.  The world building is immaculate, in-depth, and so original I found myself re-reading entire chapters just to fully appreciate all the subtle details and intricacies R.A Fisher has woven into his exceptional tale. The main character is equally unique, well-conceived, and thoughtfully introduced, allowing readers to identify with her despite her alien nature.

Thoroughly enjoyable and written with a likable prose style, I am eager to see where the author takes the story through the rest of the series. 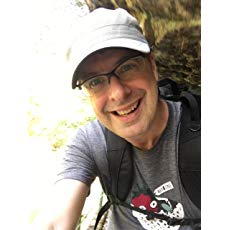 Robert Fisher has lived in Hiroshima, Japan with his wife and five-year-old son since 2015, where he occasionally teaches English, writes, and pretends to learn Japanese. Before that he lived in Vancouver, Canada where he worked in the beer industry and mostly just cavorted about, getting into trouble and eating Thai food.

He placed fourth in The Vancouver Courier’s literary contest with his short story The Gift, which appeared in that paper on February 20, 2009. His science fiction novella The God Machine was published by Blue Cubicle Press in 2011 under the name Robert Fisher.